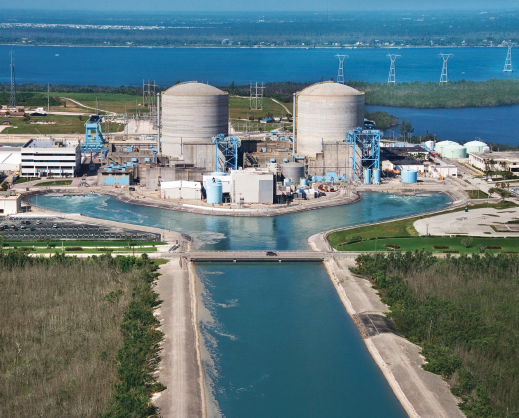 TEAM Industrial Services was contracted to provide inspection services as part of a $1.5 billion project to increase the capacity of its two existing reactors at Turkey Point and two at the St. Lucie Nuclear Power Plant by a total of about 400 MW.

The project was slated to be the largest uprating project to increase a nuclear plant’s maximum power level to date. As a result, there was nothing routine about the project. The first major challenge was the fact that the work would be completed in a nuclear setting. Radiation safety was critical and the majority of the work was to be performed in a containment setting. Additionally, the variance of the material thickness of the valves being inspected would require special inspection techniques to perform testing and analysis according to ASME BPVC Section III standards.

Before being selected as the vendor of choice, Team underwent a thorough quality program audit to ensure the company could meet the standards of nuclear record keeping. TEAM passed the audit with zero findings

Once approved for the project Team quickly adopted Florida Power & Light’s philosophy on radiation safety. All work was performed to NRC regulations. TEAM was proud to boast no radiation safety incidents and minimal doses of exposure as a result of the team’s attention to safety and containment.

To inspect the valves, Team used Conventional Radiography Testing (RT). It is a nondestructive examination method that uses X-ray and Gamma ray for detecting internal imperfections, for measuring wall thickness and for detection of corrosion. With RT, the material is exposed to a homogenous ray from a radioactive isotope or an X-ray tube while a negative film is positioned behind the material to be examined. After development of the film, thickness and density differences (material imperfections) will show as blackness. Acceptance criteria define whether or not the indication is non-acceptable (a defect) or not.

Due to the equipment’s varying material thickness challenge and the need for working in nuclear containment conditions, only a few highly-trained, highly-experienced technicians were considered acceptable by Team to conduct the inspection and make the call. The technicians trained on mock-ups of the equipment to ensure first-time quality on all work completed in the facilities.

Multiple speeds of film were used, which required the knowledge of different film loading techniques. The attention to detail in the quality of the film was critical.

All equipment was accurately deemed compliant the first time as a result of TEAM's strict attention to safety and quality. And above all else, the project was completed with zero incidents and no recordable injuries.